Searching for the invisible

We are delighted to announce that Dr XinRan Liu who’s based at the University of Edinburgh is the British Science Festival 2021 Award Lecture winner for Physical Sciences and Mathematics.

XinRan has been awarded this recognition for his research attempting to detect dark matter, one of the most common, yet most mysterious and hard-to-study substances in the field of physics, and establish exactly what it is. He has recorded a short video clip about his work here.

Describing himself as a ‘professional hunter of the invisible’, XinRan’s talk at the British Science Festival in September will discuss the extreme lengths that scientists have gone to find the answers to some of the Universe’s biggest questions.  From studying the stars millions of miles above us, to his own work that involves a detector buried kilometres below the surface of an abandoned gold mine in the US, he explains why dark matter could be the key to our understanding of the Universe. 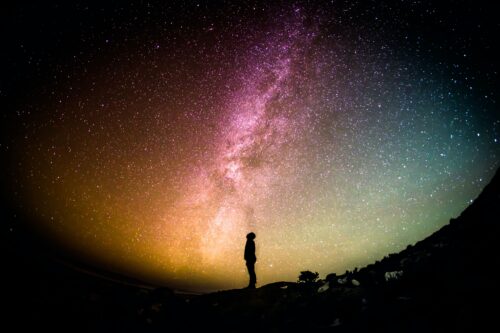 XinRan will be taking part in a special Q+A event as part of the British Science Festival in September, probing further into his research and its impact on our lives.

All of the Q+A events will take place between 7-11 September on the Chelmsford campus of Anglia Ruskin University, as part of the British Science Festival 2021.