Celebrating the people, stories and ideas at the heart of science.

The British Science Festival is Europe’s longest standing science Festival, travelling to a different place in the United Kingdom each year. Our Festival aims to connect people with scientists, engineers, technologists and social scientists.

The British Science Association (BSA) and the University of Exeter are pleased to announce that the British Science Festival will take place in Exeter across four days next September. The Festival will be held between Thursday 7 and Sunday 10 September 2023, with events located across the city centre and university campus. A myriad of free events will be on offer for visitors from Exeter and beyond to attend.

Hannah Russell, Chief Executive of the British Science Association, says: “We’re really looking forward to bringing the British Science Festival to the South West in 2023. The University of Exeter’s commitment to public engagement and pioneering work in climate and environmental science will make for some exciting events on the programme, and we look forward to welcoming and inspiring visitors from the city, the region and beyond.  The University’s community partnerships will play a significant role in the Festival’s development and legacy, something that chimes strongly with the BSA’s mission to make science more relevant, representative and connected to society and the Festival’s ethos.”

Professor Lisa Roberts, Vice-Chancellor at the University of Exeter, says: “We are absolutely delighted to host the British Science Festival 2023 in Exeter. At the University of Exeter we believe in the power of science and knowledge to change lives and communities for the better. We will focus on showcasing how research can help provide solutions to the biggest challenges of our time.” 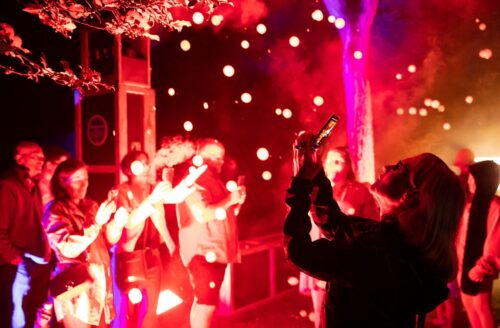 The history of the Festival

The British Science Festival is the longest-standing science Festival in the UK. Organised by the British Science Association, it grew out of the tradition of the annual meetings of the Association – first held in York in 1831, and annually at cities across the UK, and further afield, ever since – bringing scientists together to discuss their ground-breaking work with one another, across scientific disciplines, and, crucially, with the general public.

It was at these annual meetings that major scientific advances were announced: Joule’s experiments on the mechanical equivalent of heat in the 1840s; Bessemer’s steel process (1856); the discovery of the first of the inert gases, Argon, by Rayleigh and Ramsay (1894); the first public demonstration of wireless transmission over a few hundred yards by Sir Oliver Lodge (1894); and J.J. Thomson’s discovery of the electron (1899). It was at these meetings that the term ‘scientist’ was coined, and the ‘dinosaur’ named.

The annual meetings were designed to engender discussion and debate. Perhaps the best remembered of all was at Oxford in 1860: Darwin’s ‘The Origin of Species’ had been published in 1859, but his health was not good enough to allow him to go to the Oxford meeting. Darwin’s ‘bulldog’, T.H. Huxley, was there, though, and brilliantly debated Darwinism with Samuel Wilberforce, Lord Bishop of Oxford who was Vice President of the Association at the time.

The British Science Festival has inspired the growth of countless other science festivals – from large and established ones (Cheltenham, Edinburgh and Manchester) to smaller and newer events (Aberdeen, Brighton and Winchester). 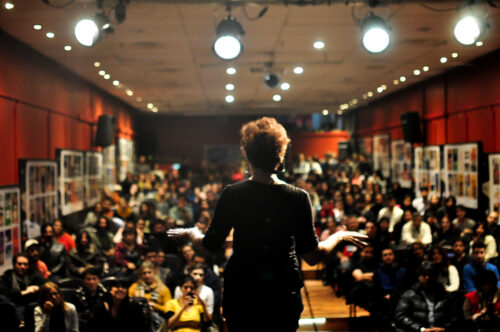