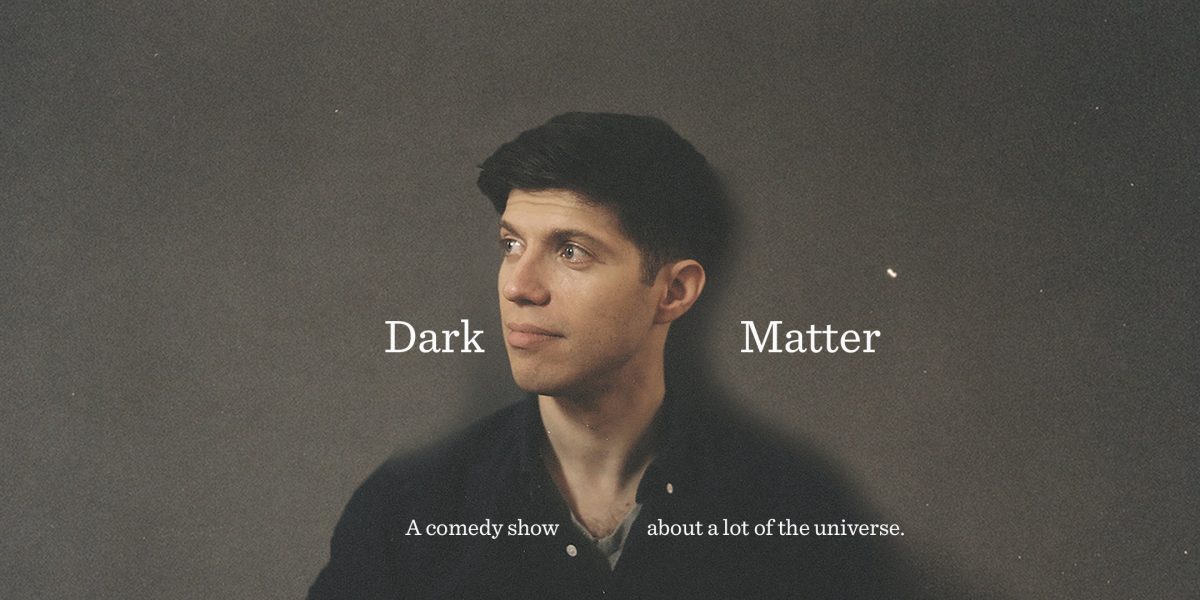 If Mike Birbiglia did a show with Carl Sagan, that show would be Dark Matter.

In this part stand-up comedy and part science show, Matthew Starr brings the audience along with him as he tries to understand getting older, his past relationships, and also, the Universe.

Based out of New York, Matthew Starr is a comedian whose work has been featured on Comedy Central, MTV, MTV News, TruTV, Above Average, CollegeHumor, and the 2018 Film Independent Spirit Awards. Matthew is an alumni of the Upright Citizens Brigade Touring Company and has been a house performer/writer at UCBT-NY for the past nine years.

Follow Matthew on all social media platforms @matthewsstarr. Dark Matter, produced by Caveat, has toured across the United States and is very excited to be making its international debut at the British Science Festival.

To learn more about Caveat, visit caveat.nyc or follow them @caveatnyc.

This event is part of the FarGo Village takeover.